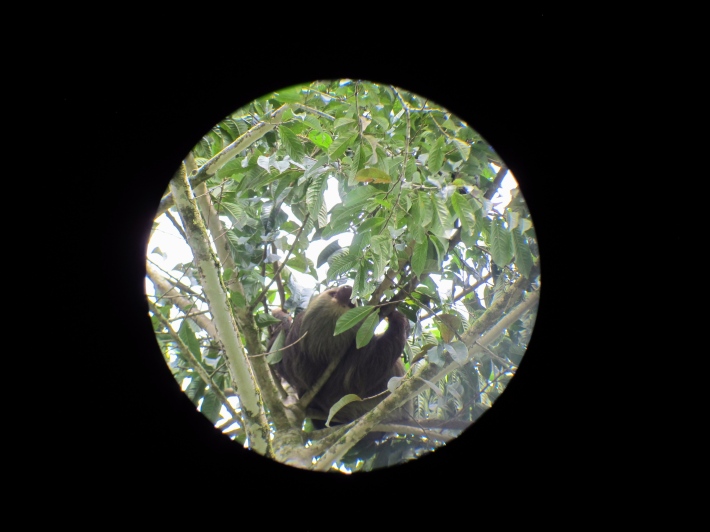 Yeah, that’s a sloth. A two-toed sloth, located directly above and next to a nice, wide concrete path running through the forest here in La Selva, an OTS Biological Station on the Caribbean side of Costa Rica. It’s casual. No biggie. Sloths are just sort of the coolest and weirdest things ever.

We arrived at La Selva, unpacked, and tumbled directly out into the jungle again. It feels like Corcovado but cooler, wetter, and quieter- the cicadas are fewer and farther between. There isn’t the same sense of inherent wildness (the warm-ish showers and solid bathroom floors help) as in Corcovado, but all the animals here seem a little closer to the paths, a little more accessible. Tapirs and jaguars are less likely here, but snakes and frogs and birds are everywhere. We’re actually doing our project here observing mixed flocks of Keel-Billed and Chestnut-Mandibled Toucans, Collared Aracaris, and Montezuma and Chestnut-Headed Oropendolas, following their calls and their flight paths through the forest.

I’m starting to become fonder and fonder of jungles like this- I feel like nowadays I know what to look for in the riotous foliage and bright colors, and things get more and more interesting the more I learn. And they’re beautiful. When we take off in a few days for Little Cayman Island, as excited as I am for reefs and beaches (think kid-on-Christmas-combined-with-Halloween-and-birthday-excited) I think I’ll miss the big trees and the little mosses, the tree ferns, the clear streams, and the bromeliads. 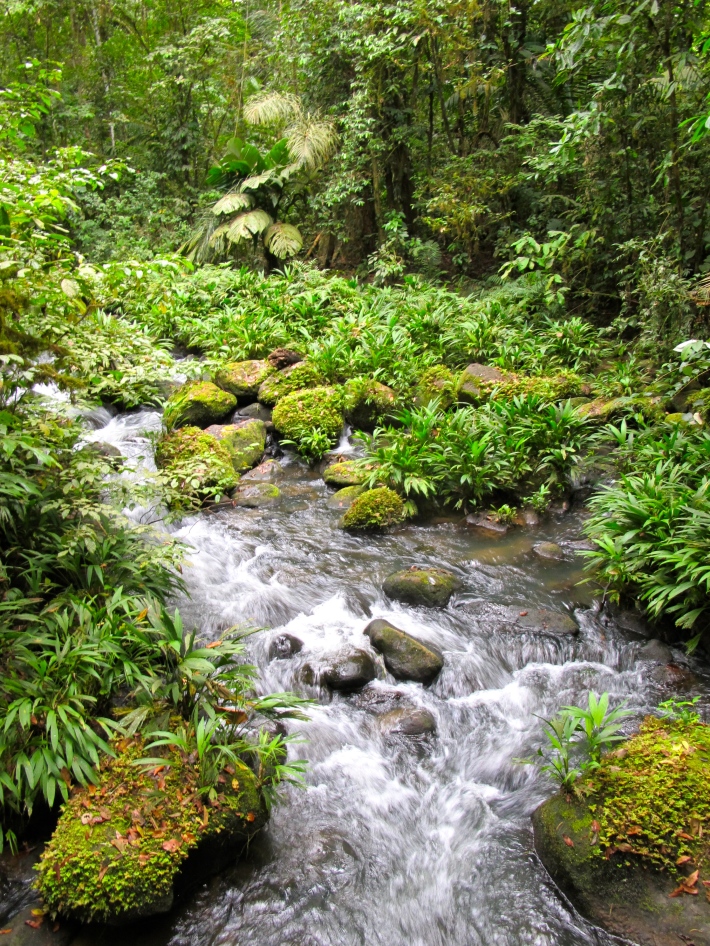 But the jungle’s not done with us yet. Still a few more days to spot the fer de lances, track the Great Potoo calls through the trees, and listen to the different calls of the toucans. And of course, write some more papers.

Quercus is the Latin name for the oak trees, of which there are two species in Cuericí, one at higher altitude (costariccensis) and one lower (bumelioides). They’re both spectacular, unlike any oak trees I’ve ever seen in the US, towering above the trails on steep slopes, covered with bromeliads and  thick trailing vines that reach all the way to the canopy.

The trees of this area (and not just the oaks, but the avocados (aguatillos, actually), alders, and the palms) provide homes for countless bird species including the quetzal (elusive…), the black guan (very obtrusive) and toucanettes, the long-legged dancers of the bird world. (Just kidding. A toucanette is a small toucan.) 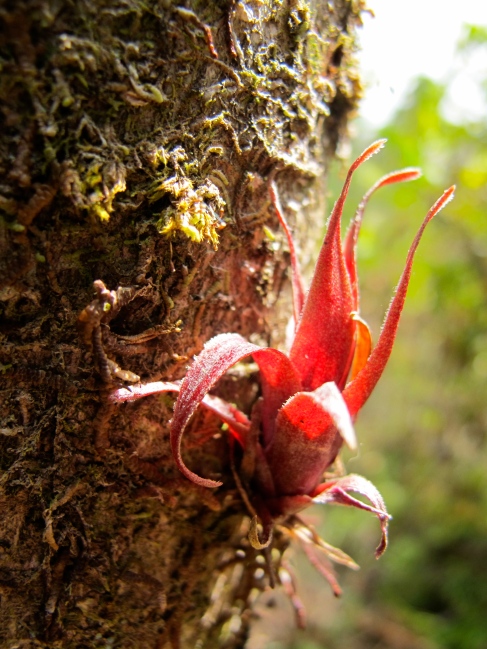 We’ve been spending most of our time the past few days indoors, working on our various papers- abstracts, methods, citations, data, discussion, figures, formatting… and after too long looking at the same figure or the same phrases, they stop meaning anything. We’ve turned in some papers to the TAs and the professor with entire paragraphs of nonsense, because at 1:30 am after having struggled with explaining a concept we’re no longer interested in for 5 hours or longer, we can’t see that our sentences are not, in fact, actual English. My science writing has improved more in the past 72 hours than in the past 4 years… but my reading comprehension has slowed by half or more, just due to number and letter fatigue.

It’s been important for us to occasionally look up from the figures at the jungle out the window and remember exactly what it is that we’re doing here. Giant butterflies are still passing us by while we slave over statistics… coatis go about their mischief as we search for relevant papers in the brief periods of working internet access… and blue-crowned mot-mots perch on low branches and search for insects as we format columns and charts.

After clearing our heads a bit, we can get back to the figures and realize that we all did actually super cool projects this time around- investigating stream invertebrates and finding real results (check out dem p-values below, heck yes!), testing hummingbird territoriality and conflict trade-offs, determining the effects of constant wind on fern fecundity, and looking for a reason why some trees of the forest put out red leaves when they’re young…

Don’t get stuck in the numbers, we have to tell ourselves. The science we’re doing is all about interesting explanations for the cool stuff we have questions about. We’re in the jungle, checking out awesome and totally foreign systems… GET PUMPED, SCIENCE.