We drive out anywhere between 6 am and 3 pm, depending on the winds and the tides- we load the boat and the ute (Aussie for truck or SUV, a “utility vehicle”), hitch up, and take off for one of our three boat ramps.

Exmouth marina is the closest, and the least exciting. We have seen young barracuda and minnows, and once a pair of foraging Tursiops, but for the most part it’s just calm and sheltered from winds (but not from Paul Simon blaring from yacht speakers). If we launch from Exmouth, we’re spending the day in Exmouth Gulf, deep and turbid waters and horizons littered with oil rigs and barges. 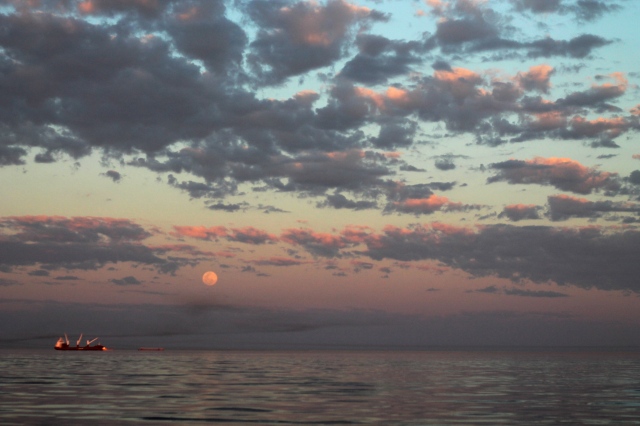 Bundegi boat ramp is nearest the tip of the North West Cape. Still in the Gulf, Bundegi has the advantage of a shallow reef and proximity to the Navy Pier, whence live the nurse sharks and the BFG. If we launch Bundegi, we’re likely going around the tip, with exciting swells and significant changes in scenery. Plus, the boat ramp harbors several juvenile batfish (sorry, hard to photograph while unhitching/hitching a boat) and lots of stingrays, among other little fishies. 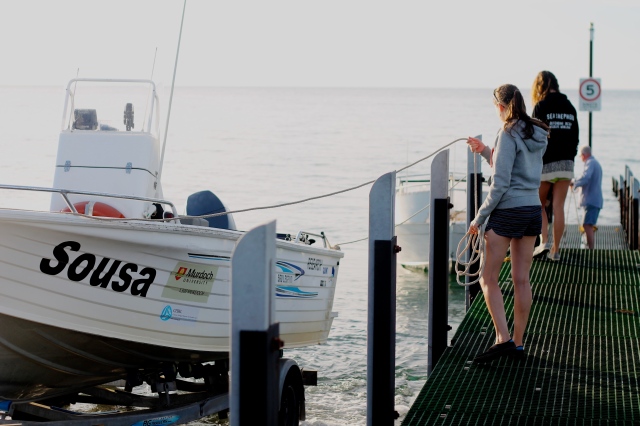 Tantabiddi is the farthest ramp. It takes us near 45 minutes to drive there, through emu country (scrubby bushes and spinifex grasses) and kangaroo-spotted hills. Nearly all the way to the Cape Range National Park, a Tantabiddi launch means that we’re spending time in the lagoon (my favorite part of our transect lines- only a meter or three deep, turquoise water and white sand punctuated by coral bommies and easily-spotted dolphins) or on the outer reef, wherein lies our best chance of spotting a whale shark. 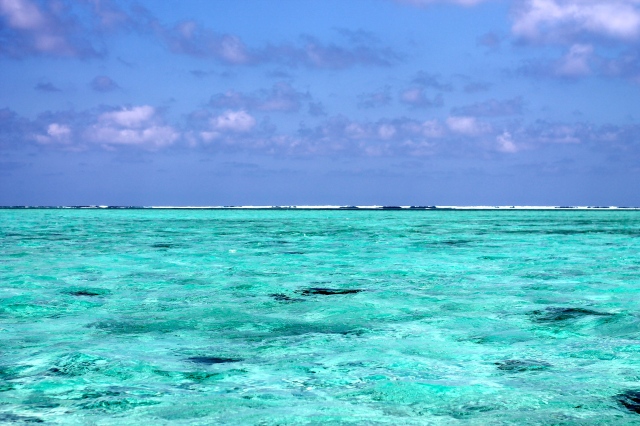 But regardless of where we launch, our daily commute can’t be considered boring, or at least not to excitable Americans. At the side of the road in town, I snapped this photo out the driver’s side window: 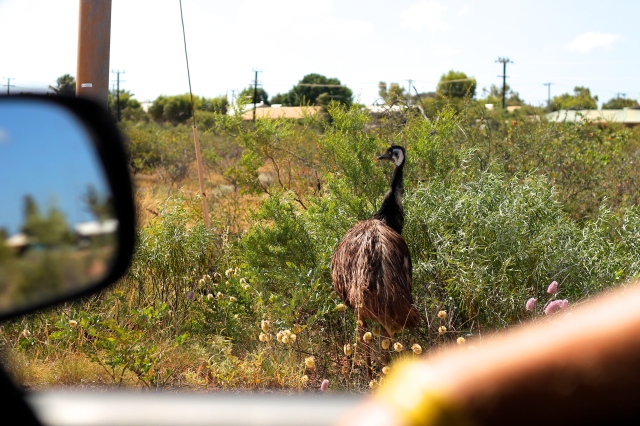 I went looking for her later that evening, and found lots of emu evidence (more on this later). But some of the best emu-time, best sunsets, best kangaroo encounters, most lovely hills and termite mounds have all been on our commute to “the office.” Just as full of interesting characters as the New York subway and just as scenic as I-280 along the Crystal Springs Reservoir in California, this commute sure doesn’t suck.

2 comments on “The Commute”