From the ranger’s station at the edge of Corcovado National Park to the Sirena Station, it’s about a 15 minute flight. Or, if you’re Dartmouth Bio FSP, it’s about a 23 km hike along a jungle trail.

23 km is a long way, especially if you’re carrying three liters of water, binoculars, camera, safety supplies, and doing all of this in 90-degree weather. But the scenery was fascinating and the company was fun. Corcovado is located on the Osa Peninsula, one of the largest stretches of primary-growth lowland rainforest in Central America, untouched by man besides the rough trail and the research/tourist stations farther in, and known to National Geographic as “the most biologically intense place on earth.” The biodiversity is huge and the plants and animals strange and colorful, with giant waxy leaves and bright feathers in the most unexpected places, vines draped across trees like arms around shoulders, and fungi peeking out from the moist clay and crumbling logs. 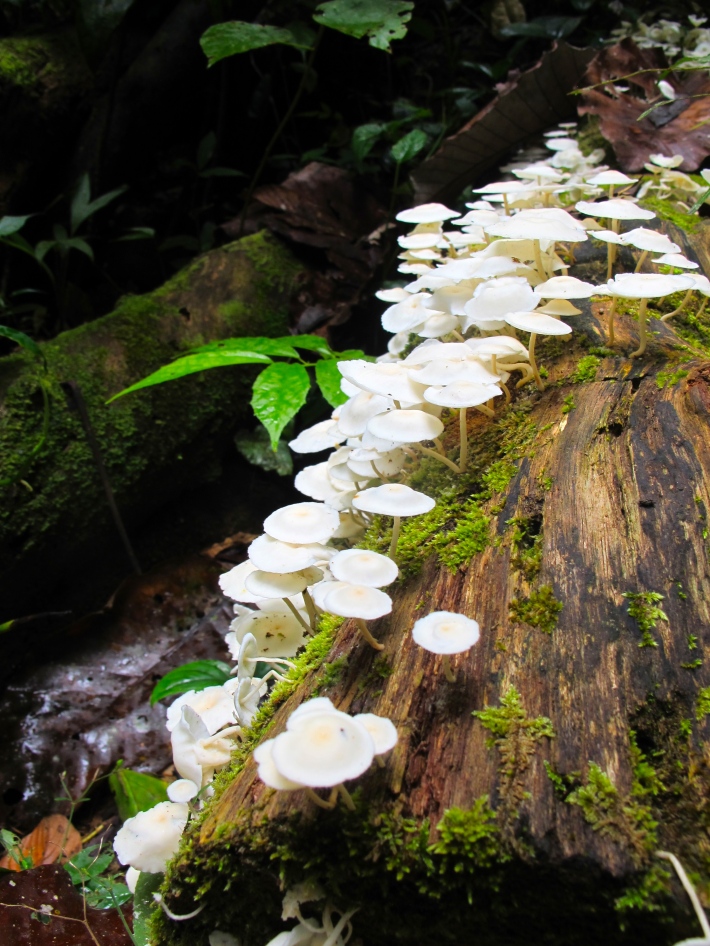 The three big nutrient cyclers of the forest are actually quite commonly seen… but easily overlooked. Termites, army ants, and leaf-cutter ants abound and make up a large part of the animal biomass of the forest, astounding for their size. These leaf-cutters were the first we saw this trip, but they soon became ubiquitous along the trail.

Among the other exotic creatures was a simultaneously cryptic and vivid poison dart frog- I’m used to seeing these in pictures and behind glass, but to see one in real life was almost unbelievable. It looked like a little plastic toy in the leaves… until it hopped into the jungle. 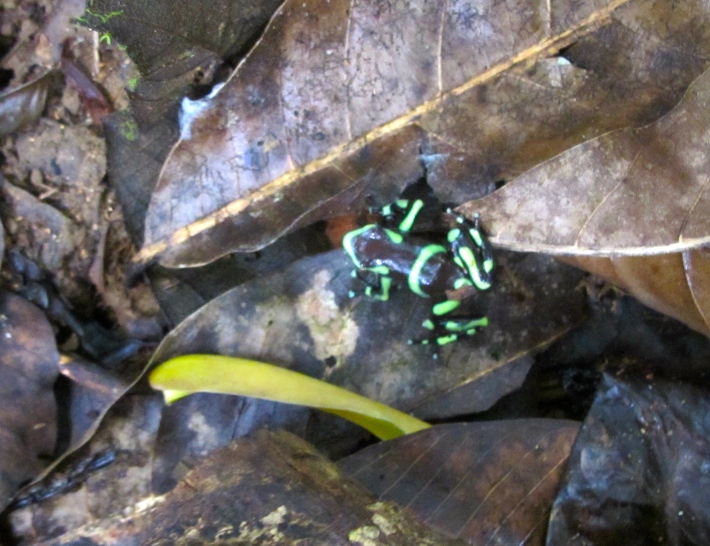 The walk took us about seven hours, down red-clay trails and over tree roots, across streams and under the ever-present drone of the cicadas.

But we all made it in good health and good spirits to Sirena Station, the intersection between river, beach, and jungle at the edge of the wildest jungle we’ve visited and the biggest ocean on the planet. We could feel the adventure waiting in the air around us… but it could wait until after dinner.

2 comments on “The Big Hike In”